Video: Barack Obama- Blame It On The Economy

“Blame it on Bush. Blame it Cheney. I’m not pointing blame, well okay maybe. Blame it on the e-e-e-e economy”

Spotted from Lowkey I was dying when I saw this. Who would ever think that the president and them would have their own video. Iman Crosson aka AlphaCat I hear is making madd dough impersonating our president with all these music parody videos. Another one is after the jump, but I have to say this one above is definitely the best one so far.

END_OF_DOCUMENT_TOKEN_TO_BE_REPLACED

Word is bond when is this dude gonna host SNL?

Nuff Respect to rolling out for this one. This is exactly the kind of thing that I want this site to get into eventually, talking to people who are not normally in the Hip-Hop sphere about things that matter to Hip-Hop heads. Soledad is also hot. more footage after the jump.

END_OF_DOCUMENT_TOKEN_TO_BE_REPLACED

Thanks to diff kitchen. I’m only posting this for the comedy rating.

Rush giving his thoughts on the Obama Administration. Oh Pimp C we miss you so. Props to diff kitchen.

ART, comedy, FRESH TO DEATH, NEWS YOU NEED, PoliTricks, Uncategorized, VIDEOS | Tagged: right after I get my clinton tat ima get obama, riiight |

I heard about this last night but just remembered to look for it a second ago. Ed Henry, the reporter, gets the gas face from Obama. This is why I love this man. No Dick Cheney. *Bumps You’re The Man by Nas* If you want the whole question and answer between Ed and Barry then hit the jump.

END_OF_DOCUMENT_TOKEN_TO_BE_REPLACED

comedy, NEWS YOU NEED, PoliTricks | Tagged: Get the gasss face, you got sonned |

I actually saw this last night after watching the games. Last night on the 59th day in office, Obama made history once again, this time as the first president on the Tonight Show. He chopped it up with Jay Leno on many topics. A very interesting interview indeed and quite funny. Obama says the puppy is on it’s way soon as he returns from the Summit and he has Duke winning March Madness. Hit the jump for Part 2

END_OF_DOCUMENT_TOKEN_TO_BE_REPLACED 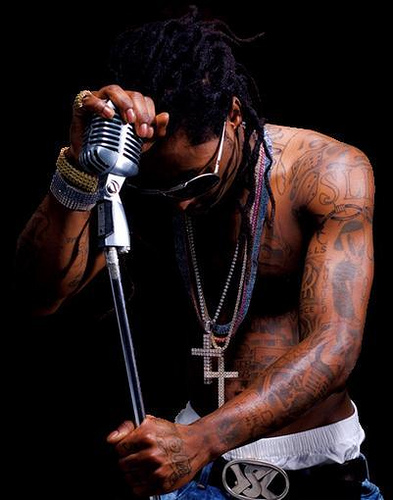 Props to my mom for sending this over to me. Word Mama Benhameen dropping knowledge on yall. Definitely a worthy read.

How many of you know who the best selling Black male singer in the world for 2008 was? I bet you’ll never get this right, without a few clues. Well, he’s 50 years old, considered washed up and too controversial to sell, plus the majority of his songs are more than 25 years old. It’s Michael Jackson, who sold more than Usher, Chris Brown, Ne-yo, John Legend, and Seal. The King of Pop sold nearly as many records worldwide as the #1 best-selling artist in the US regardless of race, Lil Wayne, whose genre of hip hop lost 19.8 percent in sales from the previous year. Michael Jackson’s song catalog sold 2.9 million copies with Thriller 25 topping over 2.3 million by itself, plus Michael didn’t even promote it and performed nowhere! Shocking isn’t it! (Lil Wayne sold nearly 3 million)

END_OF_DOCUMENT_TOKEN_TO_BE_REPLACED

This is dope as hell, plus it’s a good segue way into the next post. We going down to the Islands for a quick second…hit the jump for some more info on this video. spotted at slamxhype.

END_OF_DOCUMENT_TOKEN_TO_BE_REPLACED

This dude is classic even when he says nothing. Here is my one sentence which constitutes blogging according to him.

Fresh off the presses. It’s been all video all day I guess. Part Two and Three after the jump.

END_OF_DOCUMENT_TOKEN_TO_BE_REPLACED

FRESH TO DEATH, NEWS YOU NEED, PoliTricks | Tagged: First Things first your gnikcuF with the worst, First time he speaks to the Congress |

Illdoc breaks down Chimpgate ™. Ima get into some Obama ish this weekend promise.

With the new verses. Thank you Jeezy for saying what I feel. Word up. Hit the link. If you missed the live performance go here.