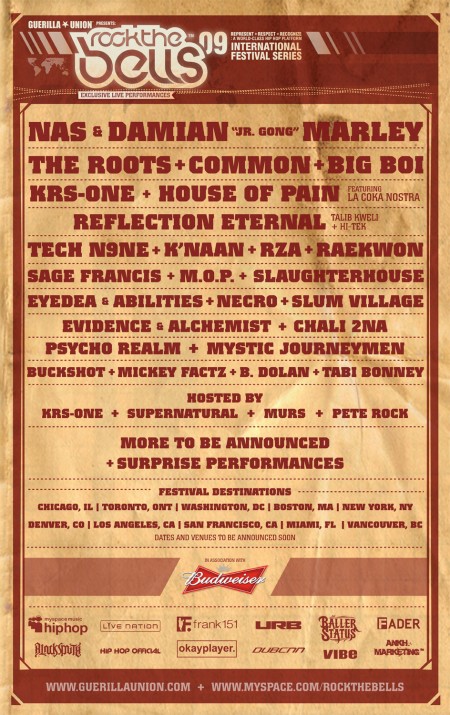 It’s almost that time of the year again folks. Just announced was the line-up for the 2009 Rock The Bells tour with more performers to be announced later as well as official dates and locations. Not too sure if we will be hitting the stop in NY or here in DC, but best believe we will be there. If you missed it last year, you pretty much lost  so you do not want to lose again. This is probably THAT Hip Hop show that you have to attend yearly.

Props to Nah for the heads up.

This entry was posted on Wednesday, April 8th, 2009 at 9:12 am and is filed under EVENTS. You can follow any responses to this entry through the RSS 2.0 feed. You can leave a response, or trackback from your own site.