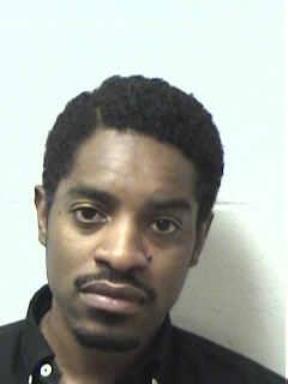 Andre 3000 was arrested early Saturday morning on I-75  in Henry County, GA.  He was on his way to a birthday party doing 109 mph in a 65 mph zone in his 2007 Porsche Carrera. The boys arrested him for speeding doing 44 mph over the speed limit. WSBTV.com reports:

He checked that speed on his laser device which showed 109 miles per hour,” Capt. Jason Bolton of the Henry County Police told Channel 2’s Tom Jones.

“Traveling that fast along I-75, you’re passing vehicles almost like they’re standing still. And it’s an accident waiting to happen.”

Henry County Police say they had no choice bUT to arrest the rap artist and actor after witnessing the 2007 Porsche Carrera he was driving speeding towards them.

Police say Benjamin told them he was going so fast because he missed an exit and had to turn around.

I got caught up in a serious situation last month so a wreckless driving for me would actually work good in my case believe it or not. Anyways, 3 Stacks was released on a $1,200 bond a few hours after his arrest and is due in court April 29th. Someone give him the green light.

This entry was posted on Monday, March 30th, 2009 at 7:33 pm and is filed under Crime, NEWS YOU NEED. You can follow any responses to this entry through the RSS 2.0 feed. You can leave a response, or trackback from your own site.